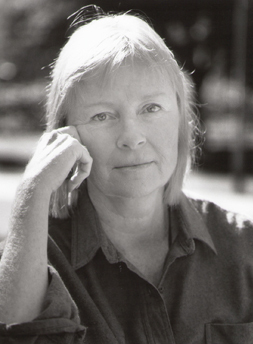 Holley Rubinsky, a fiction writer in the West Kootenays of British Columbia, Canada is the author of four books, including South of Elfrida (Brindle & Glass, 2013), At First I Hope for Rescue (Knopf Canada, 1997; Picador, 1998), and Rapid Transits and Other Stories (Polestar, 1991).

First winner of the McClelland & Stewart Journey Prize for the story “Rapid Transits”, winner of the Gold Medal for Fiction at the National Magazine Awards (for “Rapid Transits”, Malahat Review) and nominated for B.C.'s Ethel Wilson Fiction Prize for At First I Hope for Rescue, her stories have appeared in a number of anthologies, including The Penguin Anthology of Stories by Canadian Women, chosen by Denise Chong and Rhea Tregebov’s “Frictions II”.

Rubinsky holds an M.Ed from U.C.L.A, earned her single-engine land private pilot's license before moving to B.C., until recently worked for Writing Retreats Kaslo, and practiced Mahayana Buddhism as taught to the West by HH the Dalai Lama.

Rubinsky’s late husband was the software architect, Yuri Rubinsky. Robin Ballard, her daughter, is an artist and writer living in Switzerland.